Brillantenträger Adelbert Schulz with His Fans 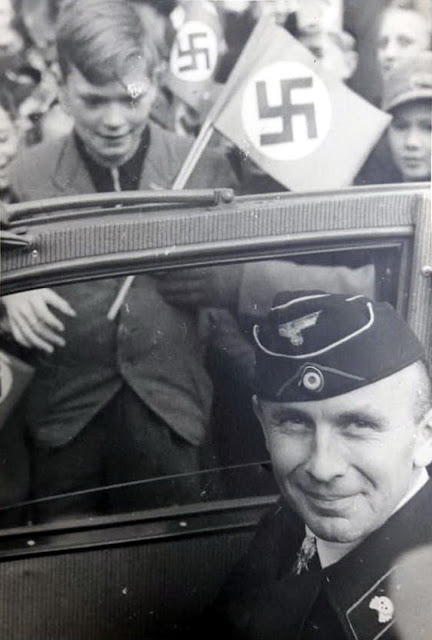 Generalmajor Adelbert Schulz smiling amongst happy spectators all around him. In his neck is the Ritterkreuz des Eisernen Kreuzes mit Eichenlaub, Schwertern und Brillanten (Knight's Cross of the Iron Crosses with Oak Leaves, Swords and Diamonds), which he received on 9 January 1944 from the hand of the Führer, almost a month after the initial radio announcement (14 December 1943). Schulz became the 9th recipient of the prestigious medal, and it was given for his brilliant leadership as a commander of  Panzer-Regiment 25 / 7.Panzer-Division. On 1 January 1944 he was promoted from Oberst to Generalmajor, and on 26 January 1944 he became the commander of 7. Panzer-Division. Tragically, only two days after he got elected, Schulz was wounded in action in the area of Shepetivka on 28 January 1944, and died the same day.